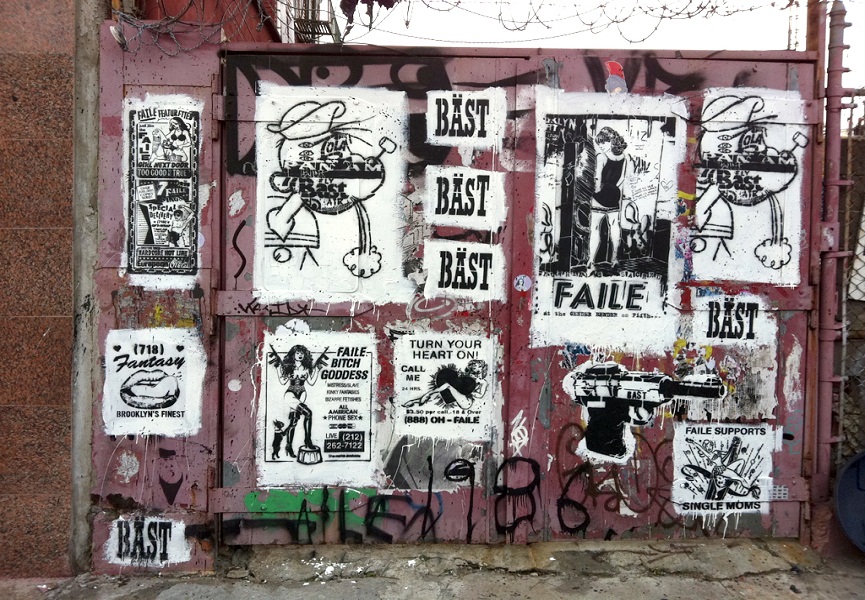 BAST is a Brooklyn based, New York urban artist and is one of the few international street artists to retain a level of anonymity.

Using collage to create “mutated characters” and “mutated scenes,” Bast has been embellishing urban environments in New York and Europe with his wheat-pasted posters for nearly two decades.