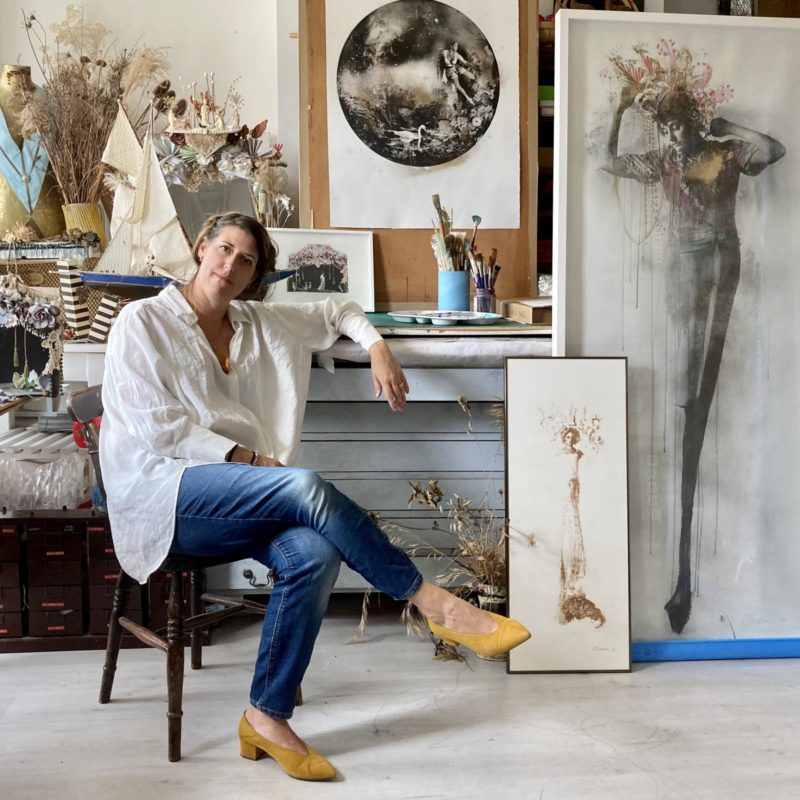 Rosie Emerson is an award winning contemporary artist originally from Dorset, she studied and lived in London for 10 years. She now resides on the South Coast and continues to work almost exclusively on representing the female form. Emerson’s figures draw reference from archetypes old and new from Artemis to the modern day super model.

Inspired by her love of museums, architecture, theatre, silhouettes, shrines and rituals, she uses dramatic lighting, hand made costumes, set and prop making alongside printmaking and painting to create her unique style of work. Her work is widely collected and exhibited both in the UK, as well as internationally, through galleries, art fairs and museums. Emerson was also commissioned by Hackney WickED Arts Festival to create a new Guinness World record and create the world’s largest Cyanotype photograph.