The Rabbit And the Box- AR & Boxhead

This September we’ll be hosting an exhibition with two of the best female street artists working in London today. AR and Boxhead. AR is a London based artist whose work is influenced by the energy and environment of the underground electronic music scene. Herpaintings skilfully illustrate narratives based upon music and the way it makes you feel. Her often surreal interpretations speak of her personal desires, recreating dreamlike fantasies.

Boxhead is a Spanish born and internationally grown visual artist and designer. Her signature style features characters masked under a box often surrounded by cubes. These daunting figures question our notion of identity and individualism. Boxhead does not try to explain her body of work but wants the spectator to make their own interpretations. This imagery has become iconic of her style, so much so that the characters created her identity – Boxhead.

Exclusively for the exhibition, artists will be working on an exciting collaborative piece in streets of Shoreditch and a launch of new limited editions prints. 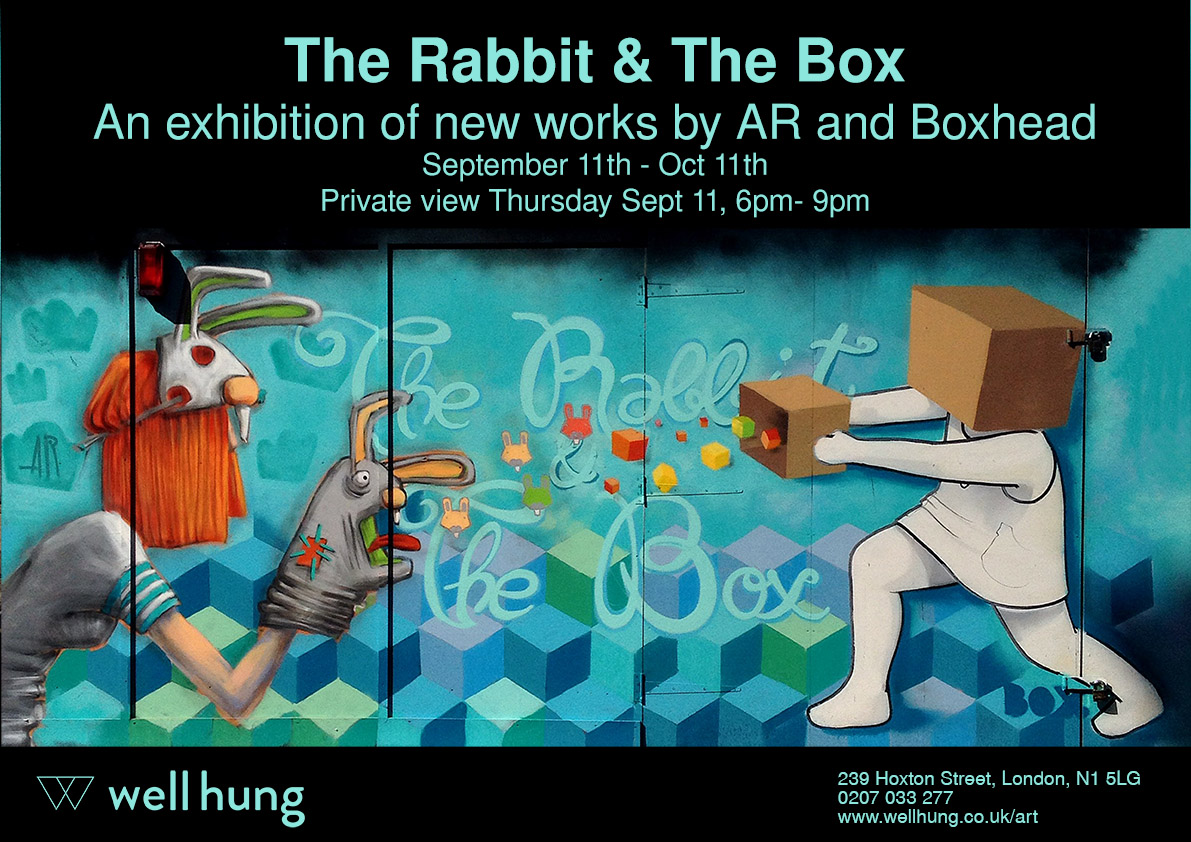 An exhibition with AR and Boxhead