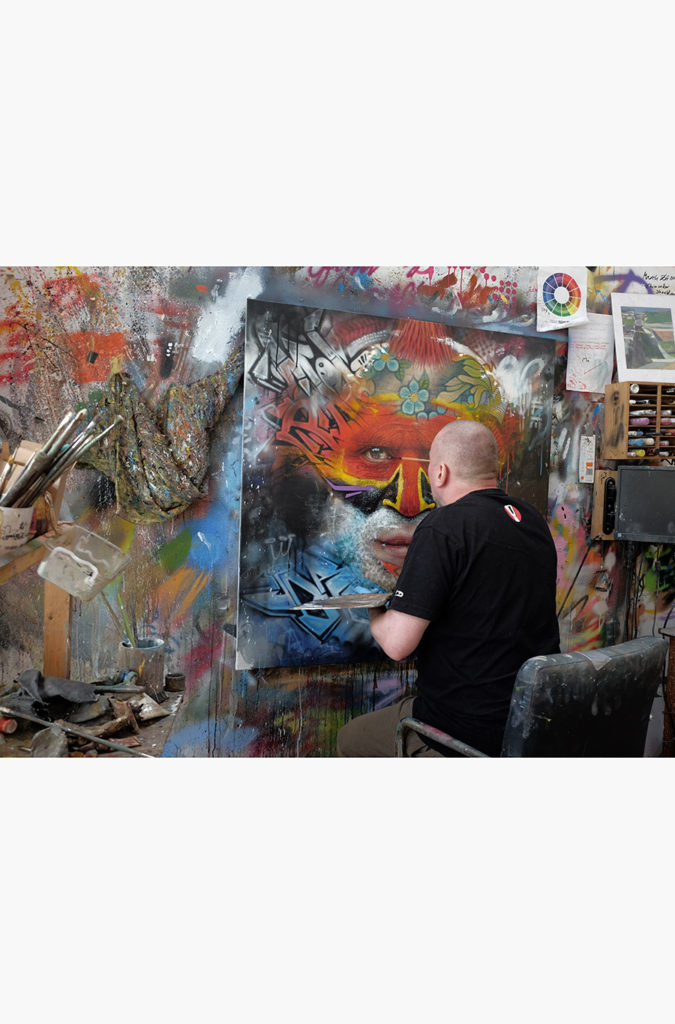 Dale Grimshaw last exhibited at Well Hung Gallery for ‘Assembly of the Gods’, 2020.

Dale Grimshaw recently appeared on Extraordinary Portraits on BBC 1 episode 3. Tinie Tempah, matches members of the public with “extraordinary stories” to a selection of celebrated portrait artists who will then capture their likeness.”
view all available art for sale by Dale Grimshaw